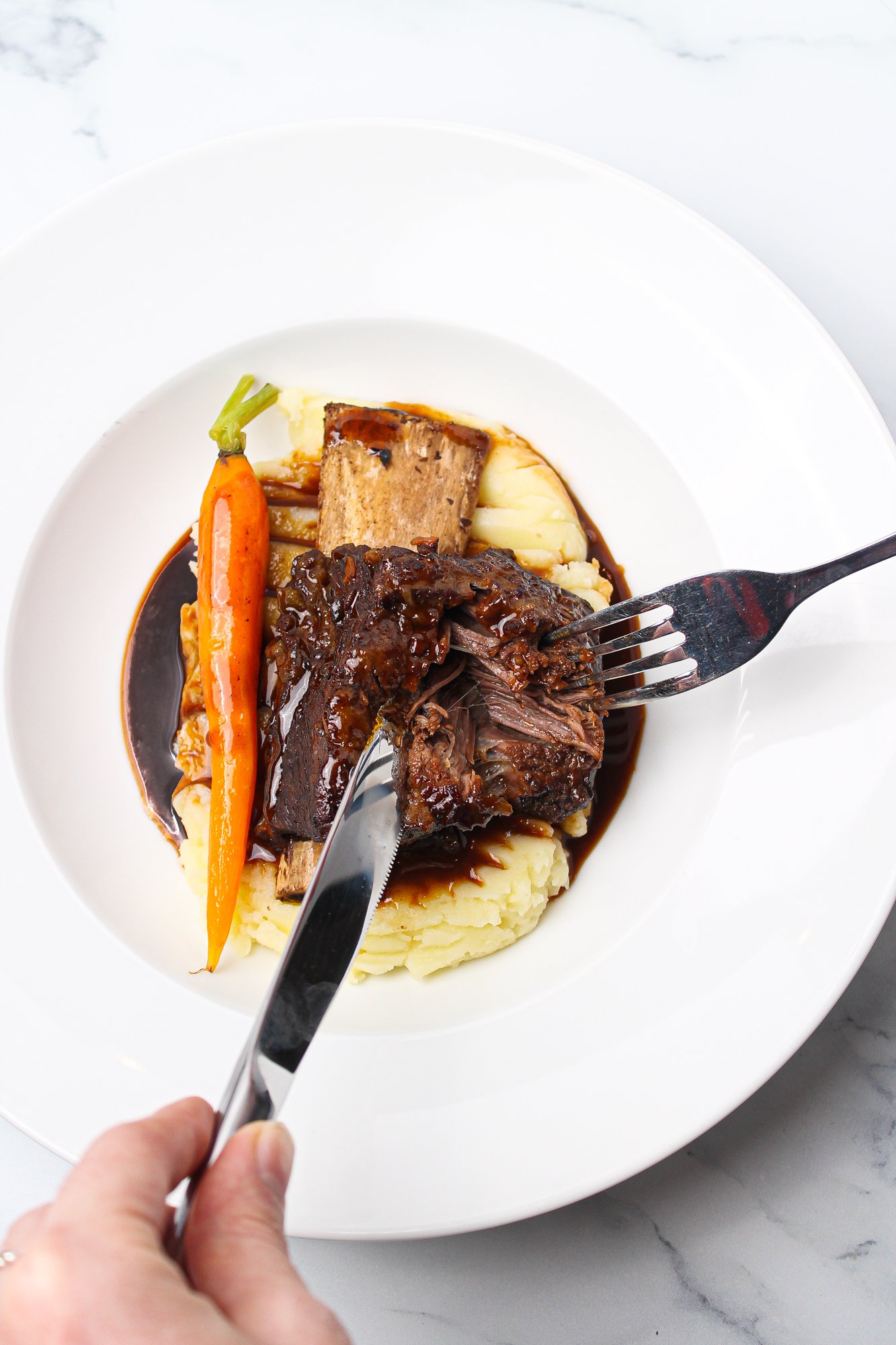 I’m sure Braised Beef Short Ribs were invented for cold rainy days where all you want to do is hunker down indoors with a warming hearty meal full of satisfyingly rich flavours. If you’re here looking at this now, I bet you are in the same boat I was last weekend. I tell you what, it didn’t half make my weekend better – and I hoping it does the same for you.

Since you’re here already looking at this recipe, I don’t need to sell you on the fact that just how ridiculously tender and fall apart this meat can be if cooked low and slow. I don’t need to tell you it’s one of the best pieces of meat for braising, because you’re already looking to do that. What I can tell you that it’s one of the cheaper cuts of beef, and arguably the best ‘bang for buck’ you’re going to get. In the UK you’re looking at around £4 for two decent sized ribs. Perfect for two people. However making enough for two and making enough for four requires no more effort and totally worth doing even for the leftovers – who h reminds me, you need to check out our leftover Beef Short rib melt, it’s a revelation.

In short, Braising is a cookery term used to describe a method of cooking meat in a liquid. It is possible to braise just about any meat, but it is often used to cook tougher cuts of meat that require a longer cooking time to become fork tender.

For example, if you were to cook these Beef Short Ribs like a piece of steak they would be as tough as old boots. It would be a catastrophic culinary disaster! However, if you were to cook it like a steak at first and then submerge in liquid and cook slow for a few hours, you would be looking at one of the most buttery soft and tender pieces of meat you’ve ever had.

Think of Braising as a two stage process. The first stage is to sear the meat fast and high, which kicks off the Maillard reaction and produces a more full bodied, intense meaty flavour. The second stage is to cook low and slow in a flavoured liquid such as Beef stock. This can be cooked in the oven or on the hob, although oven based would be the preference as it’s less of a direct heat on the bottom of the pan.

The pan you use also has a contributing factor. It’s always best to invest in a good casserole dish because if you buy the right one it will produce excellent quality food and last a lifetime. Our recommendation would be to buy a heavy duty cast iron pot with an enamel coating as they are bulletproof, easy to clean and retain heat so very well. A good quality stainless steel pot would be another great choice. 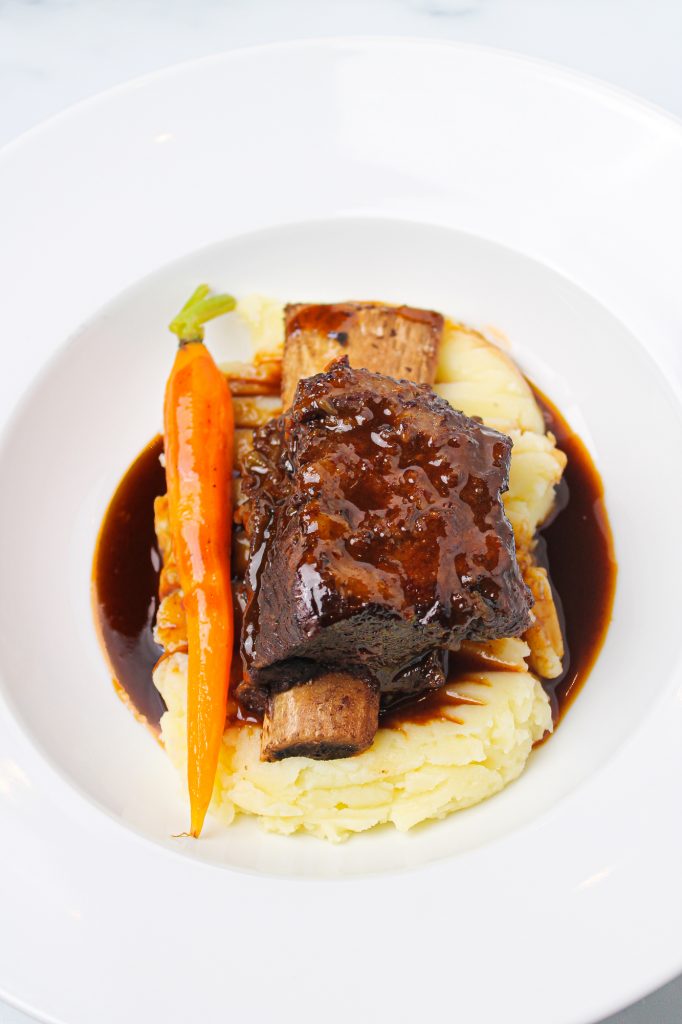 So now you know how to braise we’re halfway there to making an incredible sauce to go with the meat. The sauce itself is created using the braising liquor, which itself is enhanced with various vegetables and aromatics. This recipe will teach you how to make a sauce that is rich, full bodied and thick without using a thickening agent. Follow some key steps and you will be making one of the best sauces of your life. 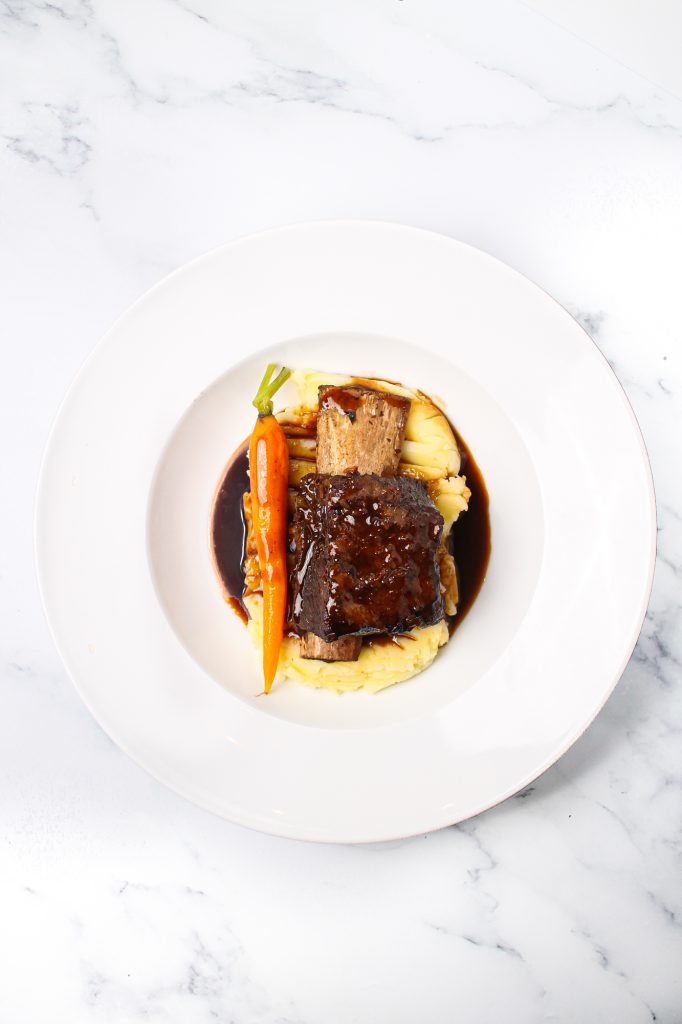 Follow these steps and I guarantee you will be eating one of the best sauces you’ve ever made. Do remember though, the quality of the stock will determine how good it is. Buy the best you can.

Check out our set by set video below to help you through the recipe card below:

Cooking on the hob 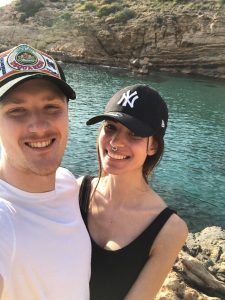